Imagine. You’re on a stage with millions of people watching. There’s a giant flat screen TV near your head to the left. You’re nervous. You’re wearing a workout bra and tight workout shorts that reveal every curve. There’s a spotlight shining on you.  You step on the scale and the screen scrolls through numbers until it finally reveals your weight.  This is what contestants on The Biggest Loser have been subjected to for 17 seasons.  (You now know my feelings about this show.)

Here’s how I picture the NBC Table Talk that happened at the origin of The Biggest Loser. Writers, producers and directors were present.  Someone says, “Obesity is a HUGE problem in the United States.  Let’s capitalize on people’s obsession with weight loss and make a reality show. We’ll hire two hard bodied trainers and they’ll compete to see which of their groups of obese contestants can lose the most weight.  Then we’ll have an overall winner and pay them for their efforts.  The audience will be hooked.  We’ll make millions.”  They did make millions.  But at what cost?

In reality, all these people are in this manufactured environment without their daily triggers at home that make them want to eat poorly. They have exercise drill sergeants and nutritionists and assistants telling them what to do 24/7.  How is this show like real life?  Over the past 17 seasons I’ve only tuned in a couple of times, because,  I’d get disgusted and turn it off…I’d think, “Huh, what happens when they leave The Biggest Loser?”  Well, it turns out after 17 seasons, and extensive research, we do know what happened when they left The Biggest Loser.  (Oh, people were wounded emotionally and physically from being on the show? Uh, yeah. No shit, Sherlock.  I could see that writing on the wall.)

Kevin D. Hall’s research indicates that, “The intense diet and exercise intervention during The Biggest Loser competition were not sustainable.”  For further reading on a researcher who analyzed the data on many of The Biggest Loser contestants, read his scholarly article.

So let’s talk about the real losers.  People who exploit fear about being fat are the real losers.  (There, I said it.  Stop it people.  It’s become trendy to berate people for being overweight and this is.not.okay. Not okay.)  The blame game doesn’t work.  Shaming only makes it worse. Our basic human needs are not being met when we’re berated for not being enough because of our weight.  Two of our human needs are love and belonging. Here’s how love and belonging are defined in Brene Brown’s book The Gifts of Imperfection:

Love: We cultivate love when we allow our most vulnerable and powerful selves to be deeply seen and known, and when we honor the spiritual connection that grows from that offering with trust, respect, kindness, and affection.

Love is not something we give or get; it is some that we nurture and grow, a connection that can only be cultivated between two people with it exists within each one of them–we can only love others as much as we love ourselves.

Shame, blame, disrespect, betrayal, and the withholding of affection damage the roots from which love grows.  Love can only survive these injuries if they are acknowledged, healed, and rare.

Belonging:  Belonging is the innate human desire to be a part of something larger than us.  Because this yearning is so primal, we often try to acquire it by fitting in and by seeking approval, which are not only hollow substitutes for belonging, but often barriers to it.  Because true belonging only happens when we present our authentic, imperfect selves to the world, our sense of belonging can never be greater than our level of self-acceptance.

Wholeheartedness: Worthy now. Not if. Not when. We are are worthy of love and belonging now.  Right this minute.  As is.

As is.  Thanks Brene.  I needed to hear that again.  I am worthy of love, right now at my current weight, just as I was at 251 pounds.  And I believe the same for you and all the contestants on The Biggest Loser.  One of the main problems with the premise of the show, is that it focused almost exclusively on the external means of losing weight, but didn’t seem to educate it’s contestants on how to live post-The Biggest Loser.  The rug was pulled out from under them once they were off the show.  Left to their own devices with lack of support, old habits die hard, and once home, many contestants fell back into their previous eating patterns.

In ‘real life’, people cannot maintain eating 800 calories a day and working out for 4 hours or more. Most people have to work to live. (Can I get an amen, yo?)  Real life situations take priority, like family events, work,  enjoying life and dealing with the drudgery that must be done…laundry.

This is why I opted for bariatric surgery (gastric bypass).  The research is clear on keeping weight off.  It’s REALLY hard to keep it off by dieting and exercise alone:

Most people who have tried to lose weight know how hard it is to keep the weight off, but many blame themselves when the pounds come back. But what obesity research has consistently shown is that dieters are at the mercy of their own bodies, which muster hormones and an altered metabolic rate to pull them back to their old weights, whether that is hundreds of pounds more or that extra 10 or 15 that many people are trying to keep off.

The text above is by Gina Kolata, New York Times correspondent’s recent article about the results. Here’s her video. 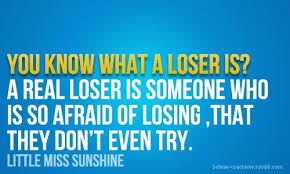 There’s a lot of excitement and anticipation with a ‘weight loss life event’.  I’ll admit it. As I did more and more of my own research about weight loss, I realized it would be highly unlikely for me to lose weight and keep it off over my lifetime without surgical intervention.  My BMI and history of yo-yo dieting had made it so that my body wanted to maintain its set point. Diabetes complexities were knockin’ at my door.  I had to do something, before time passed and I became heavier and more unhealthy.  So I’m letting you in on my reality show. 🙂

Like Jim Carrey in The Truman Show, (remember that movie?)  I think of this show whenever I think of reality shows.

Truman: [to an unseen Christof] Who are you?  Christof: [voice-over] I am The Creator – of a television show that gives hope and joy and inspiration to millions.  Truman: Then who am I? Christof: You’re the star.  Truman: Was nothing real?  Christof: You were real. That’s what made you so good to watch.

The people on The Biggest Loser are real; that’s what made them so good to watch. However, once they were home, the reality of life set in.  Weight loss drugs, out of whack metabolisms, first hand accounts of contestants and their weight gain post show, all these were the outcomes of a show that glamorized the weight loss experience without taking into account the cost long term.

So I’ll leave you with a few more quotes from The Gifts of Imperfection by Brene Brown. Get this book.  It’s good.

Courage originally meant “To speak one’s mind by telling one’s heart…ordinary courage is about putting our vulnerability on the line.  In today’s world, that’s pretty extraordinary.”

To practice courage, compassion, and connection is to look at life and the people around us, and say, “I’m all in.”

I’ve got the courage to tell my story.  “I’m all in” with you friends. All in.

Until next Friday…Love you loves.

I FINALLY made it below at 2 in the hundreds place.  (This is how I think of digits as a 3rd grade teacher.)  It feels good to wear smaller sizes and go through my closet and get rid of things.  I love shopping at thrift stores, so it’s been fun to enjoy shopping for clothes again.  I’m down 3 sizes.

Carrying less weight has made a significant difference in my energy level.  I’m able to walk a lot more easily carrying less weight.  My knees and back are happier.  Walking up stairs is so much easier with 54 less pounds.